Many shoppers wonder how freshly baked cakes and pieces of bread are at their local supermarket without following the bakery.

But a group of New Jersey shoppers is suing Whole Foods and East Coast Wegmans for liberally using the terms “bakery” and “homemade,” NJ.com reports.

The lawsuits, originally filed with the Camden County Supreme Court last month, alleging that Whole Foods “is deceptive, fraudulent, fraudulent, and unimaginable when it comes to selling and marketing bread and products.” The bakery sold in its stores. “Contract concluded.

The organic food chain reports that many of its baked goods, including bagels, croissants, cookies, cakes, pies, cakes, and pies, are “homemade.” However, the products are precooked and frozen off-site, delivered to the site, and re-cooked. 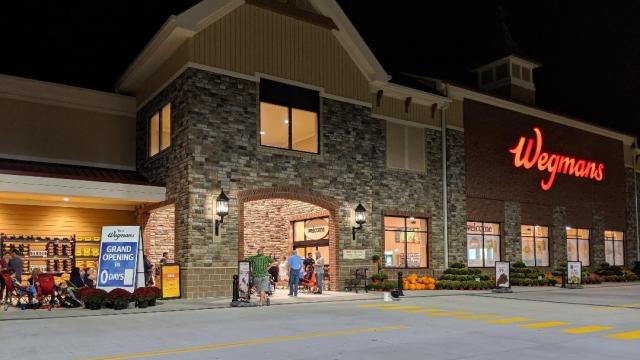 The lawsuit also claims that the luxury chain MyWegmansConnect uses the term “bakery” to incorrectly advertise baked buns made outside of the store and heated in select locations.

“The defendant tried to convince consumers to buy bread and baked goods by falsely claiming that they were baked in stores,” the Wegman trial said.

Since Whole Foods is based in Austin, Texas, Aneliya Angelova, an attorney representing three plaintiffs, has filed a federal court order to bring the case under national jurisdiction. Efforts are also being made to file both lawsuits in a class-action lawsuit so that any customer who purchases baked goods from MyWegmansConnect and Whole Foods in New Jersey receives adequate compensation until trial.

These people want to know what they are making a purchase of, Aneliya Angelova told NJ.com. You shouldn’t fool people into cooking on the spot.